the Megatrends of the nut industry

This guest article is a expert opinion piece from Axel Breuer from the Clipper Magazine.

What does the future hold for the nut industry? Things have been mostly great for a long time. In recent interviews with the Clipper Magazine Richard Waycott, President and CEO of the Almond Board of California and Phil Zadro, mastermind of the Australian and South African macadamia industry confirmed that nut demand is continuously growing faster than supply. Hazelnuts and peanut consumption might see another boost due to the breakthroughs in allergy treatment.

The macadamia industry is in the phase of doubling its global output within 10 years, a rare event in agriculture. The almond industry is constantly registering new production records, hazelnut production is spreading to new growing areas to meet growing demand. Oversupply will not be an issue any time soon: The growth of world population and consumption trends turning away from animal protein will boost demand for nuts for a long time. Even optimists will admit that most of the ‘lab-grown’ and 3D-printed meat will take a while to break through. In a recent documentary the founder of a startup in the US admitted that the cost of a single burger is still equivalent to a sports car. There is a lot of reason for optimism but also some worries on the horizon. We predict some interesting trends and we foresee some important tasks for sustainable success in the nut and dried fruit industry. Let’s have a look. 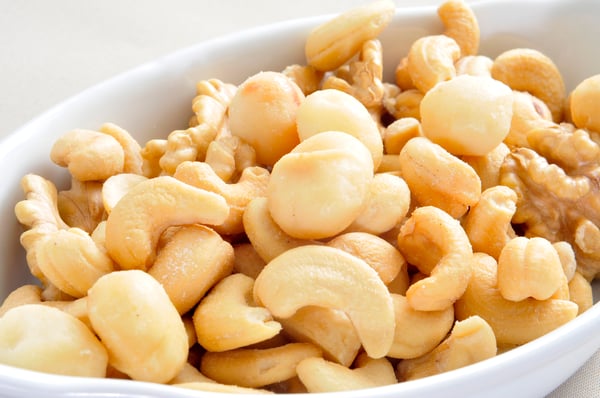 Nuts will replace meat and dairy cheese much faster in the coming years. While meat from maggots might not be for everyone, a ‘nut burger’ made with sunflower seeds, cashews, fresh herbs and spices is a tasty and culturally acceptable replacement of meat. Why hasn’t it taken off yet? The ‘alternative meat’ startups are fighting to imitate meat as closely as possible, because they believe that consumers are addicted to the taste. I think that is a misjudgment and much of it is wasted time: We have been living with cows, their milk and their meat for nearly 10.000 years now. We need some time to get used to the changes. Nowadays, consumers adapt to new diets and crops they have never heard of before in very short time (i.e. Chia). Once the consumer starts liking alternative tastes that work well in a burger or on a barbecue, they will no longer ask for the ‘real deal’. Cheese made from nuts has nearly unlimited potential: The global cheese market is worth 60B US$ - just one percent market share would be phenomenal for the nut industry. Why hasn’t it been adopted yet? It’s too easy to buy dairy and nearly impossible to buy alternatives. There is a big industry behind cows and milk, and they have been eager to not surrender their shelf space to .

The technical process of making cheese from nuts seems to be perfect and ready for big industrial production. Once the consumer adopts the slightly different tastes there is no going back. Our suggestion for the industry: Invest and promote cheese and meat alternatives from nuts heavily – and try to avoid the mistakes that are slowing the ‘almond milk’ boom. Cheese from nuts is good for the body, it has a much better footprint and it is eventually much easier to produce.

The solution: We can do our part

The overwhelming message from scientists is simple and shocking: We need to act in order to prevent the risk of extinction of the human race. Agriculture is one of the few sectors of human culture where people think beyond elections, even generations. The nut industry is well placed to serve as an example for good practices in agriculture: The margins are high, and at least in some places the industry has the means to invest in sustainability. The rise of solar power in the almond industry is a remarkable example. 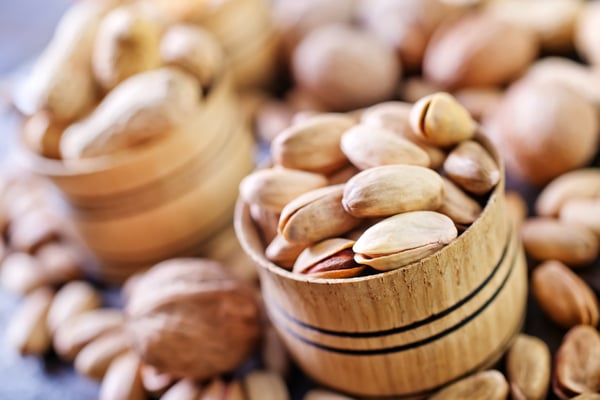 That is easier said than done. Currently there are no real alternatives to fossil-fueled farm machinery. This needs to change. For the next edition of The Clipper Magazine we talked to a German startup that is near mass production of a farm transporter. But I do not expect an industry breakthrough in the next 3 years.
Why can’t we put solar power everywhere we need it? . There need to be more incentives to switch.
Do we use electric power efficiently? Apparently not yet. The Australian startup Flow Power helped almond growers save big money by smart scheduling of electricity consumption. There seems to be plenty of room for improvement across the industry. Land and Sea Transport needs to be more efficient. We will see the pressure on the sector growing exponentially in the coming years.

It is not a secret that water efficiency in orchards across the globe has plenty of room for improvement. Flooding still exists – even in South Africa and other regions with serious water scarcity. According to experts for sensing and irrigation technology could be saved in many across the globe. The Almond industry in California has been both proactive and lucky: The backlash from reports that put a spotlight on water consumption has been limited – for three reasons: The Almond Board of California has swiftly engaged in PR work, real changes of production methods and the longest duration after it had lasted 376 weeks.

But the water issue is not going away: Almond growers in the Australian Murray-Darling basin have taken the unprecedented step of calling for a moratorium on the development of new plantations and a stocktake amid fears that there may not be enough water when summer arrives. Since 2014 water entitlements can be bought and sold or leased separately from land in Australia – a catastrophic policy. For now, it is a war between farmers, but consumers are taking notice. Concerns about availability and quality of water are growing everywhere – Australia, South Africa and even in places like Chile, Peru and Argentina where water supply seemed to be endless. Nut and Dried fruit production needs to become more efficient. New technology like improved sensors, drones, irrigation methods and scheduling can improve water efficiency a lot more than today.

Task No. 3: Nut producers will have to decide where to produce – and where not.

Not all regions with the right temperature and humidity are suitable for growing nuts because the strain on the environment is too big. One of the megatrends in the coming years will be based on a simple question: Can we continue to produce nuts in our region? Peter Johnston, South African researcher made it very clear in his presentation at the annual IPA meeting: This question will come up in many places, sooner than you might expect and the answer for many traditional growing regions might be negative. The good news: There is plenty of land left where water is available, just elsewhere. This could be another great chance for Spanish or Californian Almond growers, for American Walnuts and other products. The Californian Know-How about efficient and safe production is phenomenal. Resources and knowledge could be used to develop almond orchards in many other parts of the world. We can see that happening in countries like Georgia and we will see a big push of perennial crops to northern countries in the future.

Task No.4: Nut and dried fruit producers have to communicate better.

While crops like almonds require a lot of water they have a much smaller footprint than animal proteins: Almonds require 2.4 liters/kg, peas require 4.8 liters/kg and beef requires 11.5 liters/kg (Note: There are various numbers out there, this one seemed to be the most reliable on average). While nuts do have high water consumption levels the efficiency for protein production is not yet widely recognized. This needs to change. The nut industry has been reluctant to compare their numbers with livestock agriculture. I think it’s time to confront the topic right on. 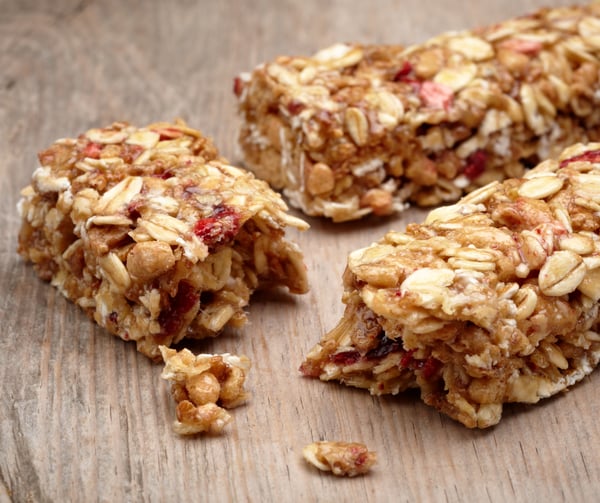 Task No.5: Don’t waste anything.

It took a while for me to understand that food waste starts much earlier than having leftovers from dinner: The estimated ‘losses’ during agricultural production can reach 30-80% depending on crops and regions. What does that mean? The amount of ‘waste’ in the production of certain nuts is remarkable: For example, Cashew nuts are actually the smaller by-product of a much larger fruit that still gets thrown away. Other nut varieties are ‘wrapped’ in large protective hulls and shells: Almond field weight yields 13 percent debris, 50 percent hulls, 14 percent shells, and

23 percent clean almond meats and pieces. Three quarters of almond production do not end up as high-value food. While almond hulls and shells and cashew apples are very valuable their applications have not yet been adequate. Why? Everything that is grown, processed and transported which is not part of the final product leaves a big negative footprint. In the future it will be essential for the nut industry to make the best possible use of the by-products of food production. As scientists from Lawrence Berkeley National Laboratory have shown torrefied almond shells can be turned into heavy duty plastic. The proof of concept exists and it could lead to additional income for growers and a much better footprint - more than doubling the efficiency of almond production. For the post-harvest industry this means that sorting will essentially extend to all nut by-products like hulls and shells as the ingredients for producing plastics raw materials have to be ‘clean’.

Do you know that cashew nuts are the smaller product of a cashew tree? The much bigger product is the ‘Cashew Apple’ and most consumers in developed countries have never heard of it. The cashew industry will see an explosion in cashew juice consumption in the near future: Its juice is fivefold richer than citrus and fourfold richer than sweet orange, its bitter and sour taste is perfectly in line with recent taste trends. In health domain, cashew apple juice is considered as an excellent remedy for sore throats and chronic dysentery. The cashew apple is many times bigger than the nut itself. Efficiency and environmental footprint will improve largely by turning the whole cashew product into a high-value food item. Is the post-harvest process for cashews up to the game?

Monocultures like almond plantations with a considerable use of pesticides are harming bee populations across the globe. “Bees are vital to the system”, is how Germany’s agricultural minister Julia Klöckner concisely put it in her government declaration. If the output of honey bees were expressed as a monetary value, it would total 153 billion euros per year on a global basis. This might be one field where high-tech will not solve the problem. Some people dream of little robotic drones to pollinate, others are trying to invent interesting mechanical solutions for pollination. Almond growers have turned to self-pollinating trees like ‘Indepence’. But the truth is: Bee Pollination by bees leads to better quality. The best solution is mother nature’s high-tech solution and the industry needs to help save the bees. Is there a solution yet? The solution might just be better agricultural practices.

After more than 140,000 years of existence agriculture is the peaceful driver of innovation for humanity – the nut and dried fruit sector are among the most exciting in terms of technological innovation and where we have in come short time: Sorting machines that are capable of analyzing thousands of nuts per minute while they are falling, farmers who switch on their irrigation systems with a smartphone and checking the drone footage and the weeding robot…The industry has the right mindset to tackle future challenges and I am excited to see what is coming.