Hailed as a nutritionally dense ‘super food’, the global demand for healthy, plant-based protein alternatives has seen the nut industry explode with almonds emerging as one of the most popular sub-categories globally.

While almonds are not a perishable commodity, they are, just like any other fresh foods, open to contamination. When it comes to the almond, one of the biggest challenges facing growers and processors is an invisible toxin called aflatoxin.

Classified as a group one carcinogen, aflatoxin is a type of naturally occurring mycotoxin created by the fungal mold Aspergillus Flavus. Odourless and colourless, it is invisible to the naked eye making detection almost impossible.

The difficulty surrounding accurate detection continues to be a real issue for California packers and European importers. An increasingly high number of shipment rejections relative to previous years - there were a total of 42 rejections in 2018, 81% of which were from the U.S. - has forced growers to find a solution that ensures a high-quality output to meet business, consumer and food safety requirements.

The multifaceted ‘cost’ of aflatoxin

The true cost of contaminated almonds is far-reaching; not only is there a potential human cost in terms of health, but the implications that can arise as a result of trade issues, shipment delays and rejections present significant challenges in terms of wasted product, lost business, consumer confidence and, ultimately, reputation.

In an effort to limit exposure, international authorities have responded by implementing tight border controls with strict testing procedures to ensure aflatoxin is as low as reasonably possible, or, in other words, the smallest amount possible without creating impossible barriers to the food supply.

However, the lack of an enforced uniform global standard as to what constitutes an ‘acceptable’ level, coupled with varying testing methods from country to country, only serve to compound the uncertainty facing international shipments.

In the European Union (EU), for example, the limit is 10PPB meaning that less than one milligram of the toxin in one ton (106 grams) of almonds can lead to the rejection of large shipments.

To make matters even more difficult for the industry, when it comes to sample testing, international regulatory bodies have differing testing methodologies meaning that detection can vary wildly.

Aflatoxin develops in hot pockets meaning that statistical grab samples often give the processor a false sense of security about the quality of their shipment; sometimes samples bind with aflatoxin and sometimes they don’t. Because the toxin does not spread evenly throughout a load, it is difficult to know just how widespread any contamination may be.

No matter what way you look at it, a rejection is a ‘worst-case scenario’ situation that’s, logistically and commercially, extremely difficult for any processor to manage.

While the PEC certificate (pre-export certificate) facilitates a smooth export channel, the rise in aflatoxin levels means that this is now also currently under threat.

To consider an export channel without the PEC certificate is to consider a bumpier path for the processor punctuated with heightened pressure and uncertainty. Indeed, the EU no longer recognizes the program for peanuts given the high incidence of aflatoxin for that crop.

The fact that the PEC certificate remains uncertain for almonds, along with the fact that international policies and standards will undoubtedly become more stringent, increases the level of urgency with which processors should be implementing effective detection controls.

When it comes to aflatoxin, the main point to consider is that prevention is better than any cure or corrective action; what really counts is ensuring you’ve accounted for aflatoxin control as part of your contaminant management programmes. This means employing effective in-orchard and post-harvest controls to help minimize toxin levels.

Thankfully, TOMRA’s detox technology can greatly help when it comes to reducing the threat of this naturally occurring toxin to ensure quality that protects your business and consumer.

TOMRA’s DETOX machine, which has been designed specifically to identify aflatoxin-contaminated almonds using a proprietary technology, checks each almond piece in the product stream for the presence of aflatoxin and rejects it with pneumatic air guns upon detection, dramatically reducing the toxicity of shipments.

In a climate of great uncertainty, one thing I can say with absolute confidence is that sophisticated technologies will play an increasingly critical role in ensuring accurate aflatoxin detection, increasing the value of a sorted product by limiting the likelihood of shipments being rejected.

As a processor, this technology gives you something that money simply can’t buy and that’s the peace of mind that comes with knowing your shipment has the best possible chance of withstanding the rigors of widely divergent international testing methods. 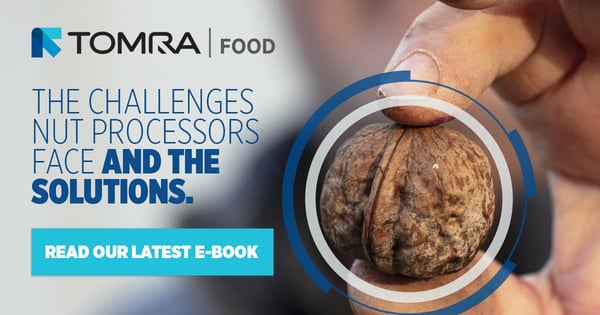 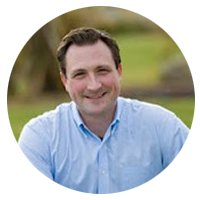 Brendan O'Donnell, Global Category Director (Nuts) at TOMRA Food, is also a member of the INC Scientific and Government Affairs Committee – a collection of academics and industry experts who work collaboratively to monitors scientific and technical issues related to international and supranational regulations, food safety and agricultural quality standards.