How vegetable processors can have it all: Speed, quality, sustainability, safety and profitability

The need for speed at vegetable processing facilities can sometimes seem incompatible with their other operational and commercial objectives. Perishable produce must be sorted and packed quickly to maximize its shelf life, but the faster this is done, the less time there is for large volumes of produce to be sorted accurately for food safety and quality. And as an added complication, retailers and consumers increasingly expect food producers to adopt sustainable working practices.

Vegetable producers and packhouses facing these demands could be forgiven for thinking they have to prioritize some objectives over others. Some might believe, for example, that they have to trade-off processing speed against produce quality because a rushed job can never be done perfectly. Others believe they have to choose between producing food more sustainably or making more profit because sustainable working practices increase cost. These perceptions are understandable, but they are also mistaken. With today’s state-of-the-art sorting and grading technologies, it is possible for packhouses to have it all: speed with quality and sustainability with profitability.

The need for speed

When handling fresh produce, every business in the supply chain is like a participant in a relay race. It’s a race against time, with harvesters and processing facilities running first before handing the baton to distributors – but what happens in these early stages can affect the results at the finish line. If vegetables are left in the ground for just a little too long, or moved from harvesting to sorting and packing just a little too slowly, the quality of the produce could be compromised by the time it reaches point-of-sale.

Processors also face two other big challenges. One is that harvesting seasons are often intensely busy because they are so time-limited (and climate change isn’t making this any easier). The other is that it’s difficult finding people to do demanding seasonal work, and many packhouses struggle to hire or retain labour.

These challenges are all very different, but they share the same solution. Whether it’s simply doing the work that humans don’t want to do, or sorting and grading large volumes of vegetables swiftly and safely, or reducing food waste to improve sustainability, the answer is technology. Sorting, grading and packing machines meet all the objectives, even when those objectives seem incompatible.

The need to know

It is not only retailers who increasingly demand information about such things as crop provenance or animal welfare, workers’ rights and fair trade, ingredients and nutrients. More and more consumers also want to know about these things, and through the increasing digitalization of shopping, they expect such detailed information to be readily available to them. These same consumers seek affirmation that they are buying from brands that uphold ethical and sustainable standards.

In this respect, too, sorting machines can provide a solution. TOMRA’s machines gather and store data with industry-leading sophistication. For now, this facility is primarily to facilitate traceability in the interests of food safety and to enable self-learning machines to sort with even greater precision – but they say that knowledge is power, and in the near future, this knowledge could strengthen the food producers’ competitive advantage. Which is exactly what TOMRA does right now for food producers by analyzing their individual production challenges, then optimizing their sorting machines accordingly. 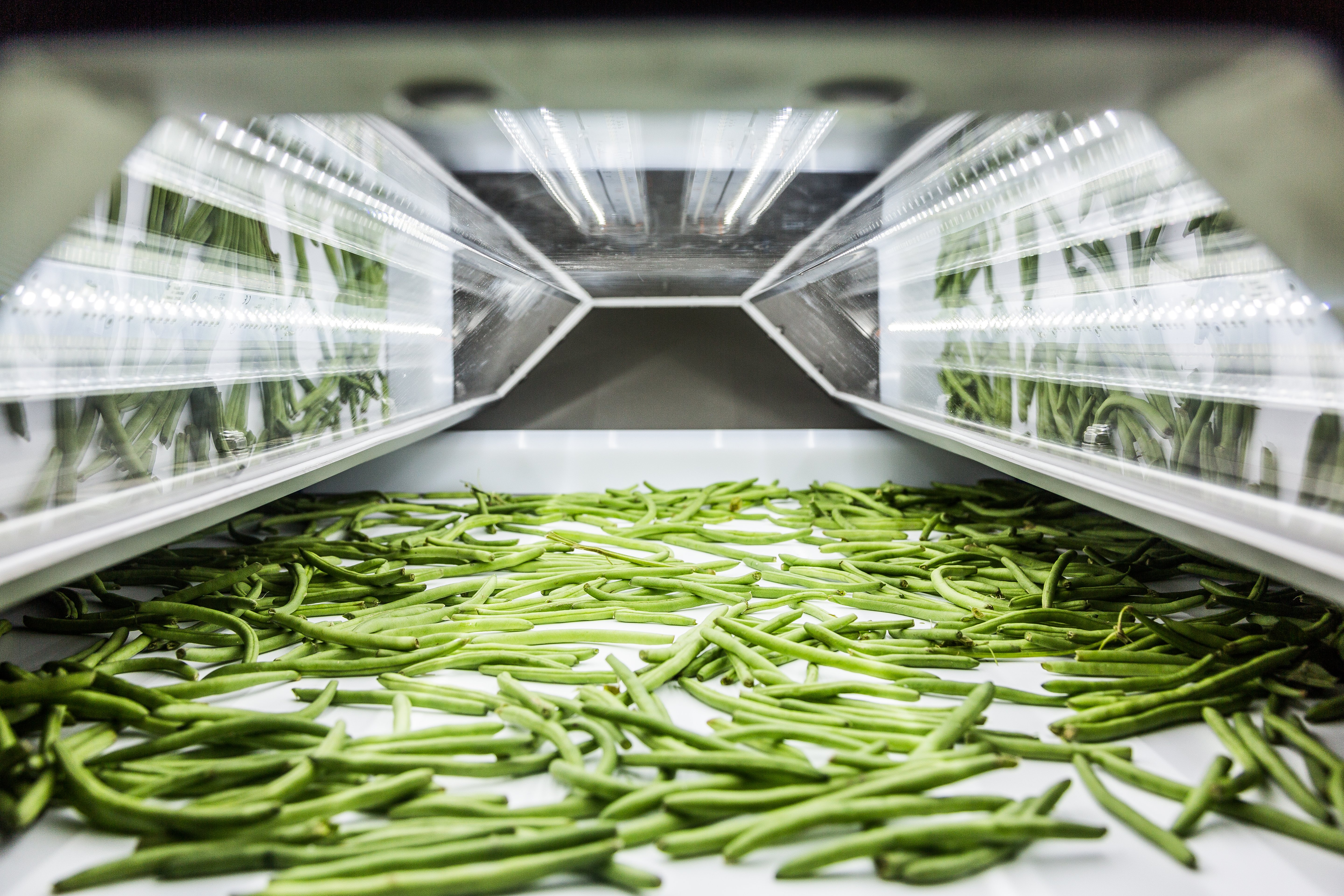 The need for safety and sustainability

Sorting and grading machines assure food safety for consumers and safeguard the brand reputations of food producers by ensuring that only produce of a predetermined quality gets all the way down the sorting line for packing. But in sorting and grading for market-specific quality, and not just safety, there is another misperception.

While it is widely understood that sorting machines ensure minimum quality standards, it is less well known that they can also make profitable use of lower-grade produce rather than letting it go to waste. This is because multiple product streams remove the binary judgement of simply accepting or rejecting produce, enabling grading. It’s also because rejected produce can be recuperated for use in other product grades. This yield maximization enhances profitability at the same time as practicing sustainability by reducing waste. Commercially and ethically, it’s a win-win.

Whether it is TOMRA for vegetable processors or processors for retailers, it is all about meeting customers’ needs, even if that first seems impossible. Machines can do far more than many businesses realize.