Fulfilling the two biggest responsibilities of IQF vegetable processing, food safety and product quality, can sometimes seem like mission impossible. Though processors are tasked with preventing foreign materials and imperfect produce from reaching the end of the line, these difficult-to-see enemies can also be difficult to stop. Extraneous vegetable material (EVM) and foreign extraneous vegetable material (FEVM) are often unseeable by the human eye and not always detectable by conventional sorting machines. But now there is a groundbreaking sorting technology which makes the previously impossible possible.

That technology is found only in TOMRA Food’s Nimbus BSI+. This combines the Nimbus laser free-fall platform, proven in service over many years, with TOMRA’s innovative Biometric Signature Identification (BSI) scanning technology. TOMRA’s world-class research and development team designed and developed BSI and BSI+ (which deploys a wider spectrum than the standard BSI) to handle sorting tasks other technologies cannot. The result is unrivalled sorting accuracy, not only when dealing with one type of vegetable, but also vegetable mixes. 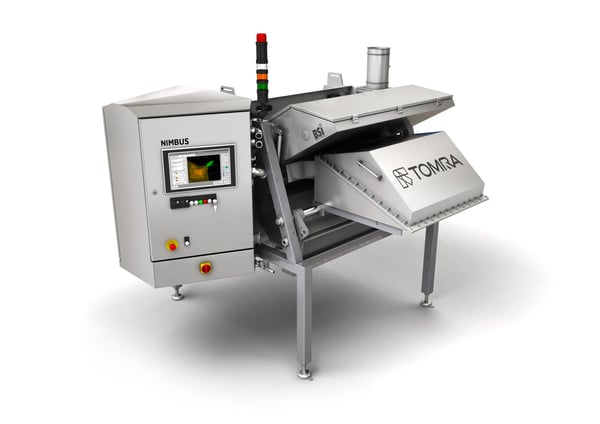 Vegetable mixes really are ‘mission impossible’ for conventional sorters because they bring so many different colors into the product stream. With BSI+, however, the mission can be accomplished. Now, wanted and unwanted materials can be differentiated even when they are very similar. This capability is becoming increasingly useful because of the rising global demand for frozen convenience foods such as bags of mixed vegetables, and vegetables mixed with other foods such as pizza toppings and ready meal ingredients.

These advanced sorting capabilities also benefit lines processing single products. Working hand in hand with processors, TOMRA Food has seen some great examples of this. Corn husks, though the same color as corn pieces, can now be detected and ejected. Nightshade weeds, though similar in color and shape to peas, can be found and removed. Stalks and datura weeds can be detected and ejected from green beans. And the stems of green bell peppers can now be sorted-out.

All of this is achievable by combining technologies. In addition to a laser module for detecting foreign materials, the BSI+ scanner assesses objects in material streams according to their biometric characteristics by comparing them to information stored in a database. This means the operator can create product-specific classifiers and independently manage the sorting output regardless of machine configuration.

If this sounds complicated, it’s not. Several hundred Nimbus BSI and BSI+ platforms are currently in use around the world (mostly in the nut industry, which was the first to adopt this technology), and operators unanimously praise these machines for being easy to use. Even an inexperienced operator can quickly obtain high efficiencies from the machine. This technology is also easy to accommodate, requiring minimal floor space or changes to line layout. 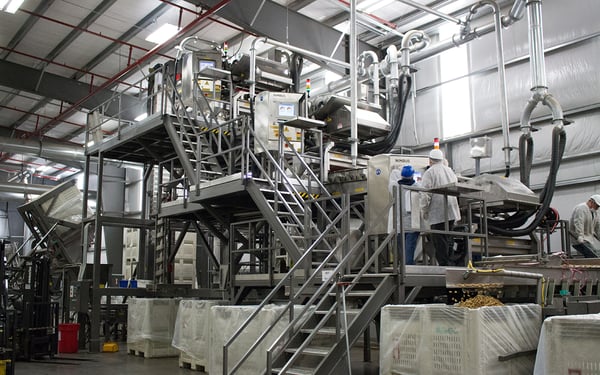 There are two other big advantages. One is that false-reject rates are only one-fifth the level of those typically experienced with other sorting platforms. This adds up over time to a valuable reduction in food waste. The other is that the Nimbus BSI+ is much more stable than conventional sorters because of its increased contrast. This greatly reduces fluctuations between batches. Lines that previously had to calibrate their sorting machines at least once every day now only have to do so once per week. And more productive uptime is gained because the operator no longer has to continuously tweak the sorter program when the product changes within the same batch or from one batch to the next.

These operational benefits complement the peace of mind that comes from knowing that the end-product will be of consistently high quality. In fact, the end results are so good that some processors are now winning new business because they can tell their customers they have BSI+.